I had the best summers as a kid. For many years, I traveled to the Buffalo, NY area to visit my grandparents, aunt, uncle and cousins.  Summer time seemed almost magically as I was transported from the hot days and warm nights in North Carolina to the warm days and cool nights in New York. Our days were filled with walks in the creek, bike rides to the park, and tubing and swimming in the chilly, yet clear finger lakes. These were my favorite childhood memories, and this summer I got to relive them through my children.

It had actually been 5 years since I had visited my family in the Buffalo, NY area and I knew it was time for me to introduce my boys to my Grandma’s house and the village in which she lives. It’s an ordinary colonial style house with white siding and black shutters, but it’s my Grandma’s house, and it’s special.  I tried explaining this to my 7-year-old when he mentioned that Grandma’s house was old. Yes, the wallpaper is dated from the 60’s and it wasn’t built in the 21st century, but it is filled with love and happiness. I think he began to grasp this concept near the end of our trip.

The boys and I flew from Raleigh via Delta Airlines to Buffalo. The trip was uneventful and the boys actually slept on the second leg of the trip. When we landed, I had to give them a little shake to wake them up. I should’ve slept while they were sleeping because the fun began when we landed and didn’t stop until we left.

My Uncle picked us up at the airport and as our tradition we were ordering pizza and Buffalo wings from Meisner’s in route to Grandma’s house. We quickly drove out of the city into the countryside of Western NY. It’s a different scene from the Raleigh suburbs, and I enjoyed watching the my children admire the lush green grass, the rolling hills, villages (towns) and farms, lots of farms. My uncle informed the boys that Wyoming County, NY has more cows than people. Astonishing.

We arrived at Grandma’s and unloaded our car. I walked in the door and took off my shoes. The linoleum floor felt cool on my feet and the familiar scent of Dial soap lingered from the bathroom. “Grandma”, I shouted. “We’re here.” Grandma was in the living room sitting in her recliner. Things were different from when I was a kid. Grandpa wasn’t there (he passed away 7 years ago) and Grandma used a walker to move around her house. My boys quickly followed me inside, and were a little unsure about Grandma and her house.  Until they saw me giving my Grandma a big hug, and then they too were enveloped in Grandma’s arms as well . They were experiencing the love that I knew and remembered which was a major reason for our visit.

While my Uncle went to pick up the pizza and wings, the boys began exploring Grandma’s house. They were taking in all the things that made this house special from the oil paintings my Grandma painted to the soft thick carpet in the living room. We put our luggage in my mom’s old room. The boys found a drawer built into the wall that contained toys from my childhood and a window seat that was filled with stuffed animals and dolls.

I sat on the bed, feeling tired from the trip. This is my heaven I thought to myself. I often dream about my Grandma’s house and the happy memories associated with it, and now I am really here sharing it with my children. 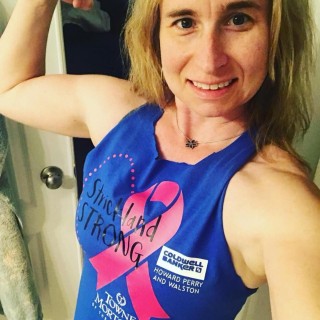